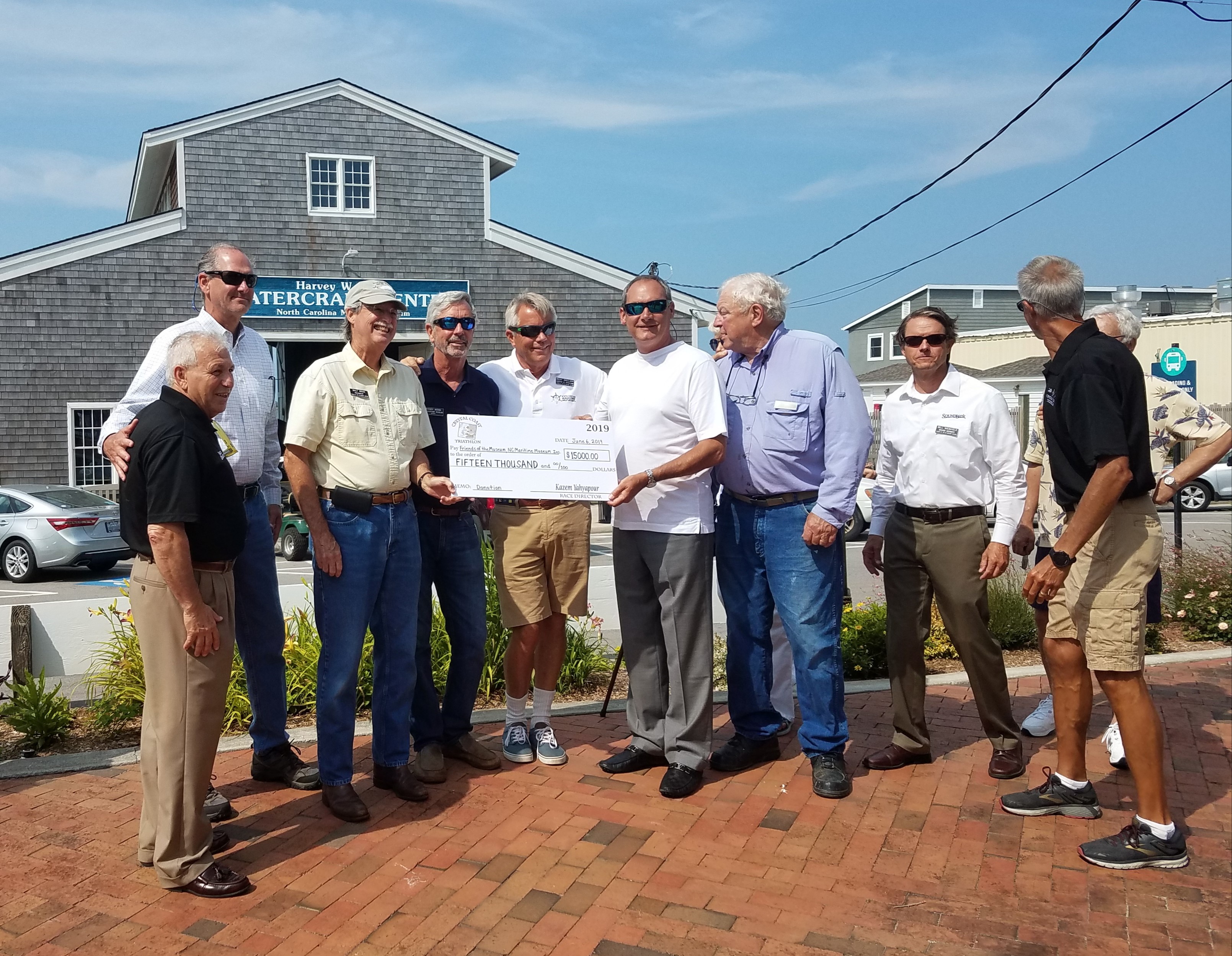 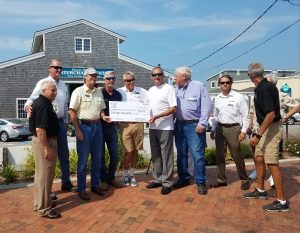 The Friends of the Maritime Museum was one of the beneficiaries of a triathlon held last month in Beaufort.

Organizers of the Crystal Coast Full and Half Booty Triathlon donated $40,000 to Beaufort nonprofits during check presentations on June 6 at the N.C. Maritime Museum in Beaufort. The money was raised at the inaugural event, held in the community on May 12. Other groups that received donations from the triathlon included the American Red Cross, Beaufort Historical Association, Broad Street Clinic and the Boys and Girls Club of Beaufort.