Enjoy these maritime-themed activities designed to keep children entertained while also educating them.

Build your own paper boat, color a spritsail skiff, design your own pirate flag, and help the Shackleford Banks whalers locate the right whale.

Enjoy familiar games — a crossword and making words with letters — with a whale of a twist in these activities from our Summer Science School programs.

NOAA has also created an activity book about the North Carolina coast. It’s part of their Regional Activity Book Series. 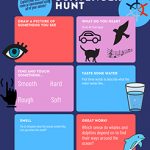 Put your senses to the test while exploring your house, yard or room. 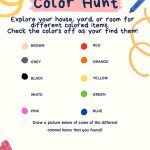 Explore your house, yard or room to see how many colors you can discover!

Create a map that leads to your very own hidden treasure.

Take a look at these items then use different shapes to select what doesn’t belong, what will sink and what will float.

Waves on the Ship

Sing along to a familiar tune with a maritime twist.

The museum is building a new exhibit, but the plans are incomplete. Help staff design the new exhibit in the available space.

How to Use the Wind

What can you feel but not touch and hear but not see? Wind! Let’s enjoy some fun wind-themed puzzles and even learn how to make your own kite!

Want to learn what it’s like being an archaeologist? Join museum Conservator Michelle Crepeau for cookie archaeology! In this video, Michelle will explain a bit about what she does as a conservator here and then lead a craft where you get to try your hand at recovering “artifacts.” All you need is a chocolate chip cookie, toothpick and a little water. (Pro tip: conservators don’t usually get to eat the artifacts, but we won’t tell if you do!)