Join us for the 2021 Annual Wooden Boat Show! 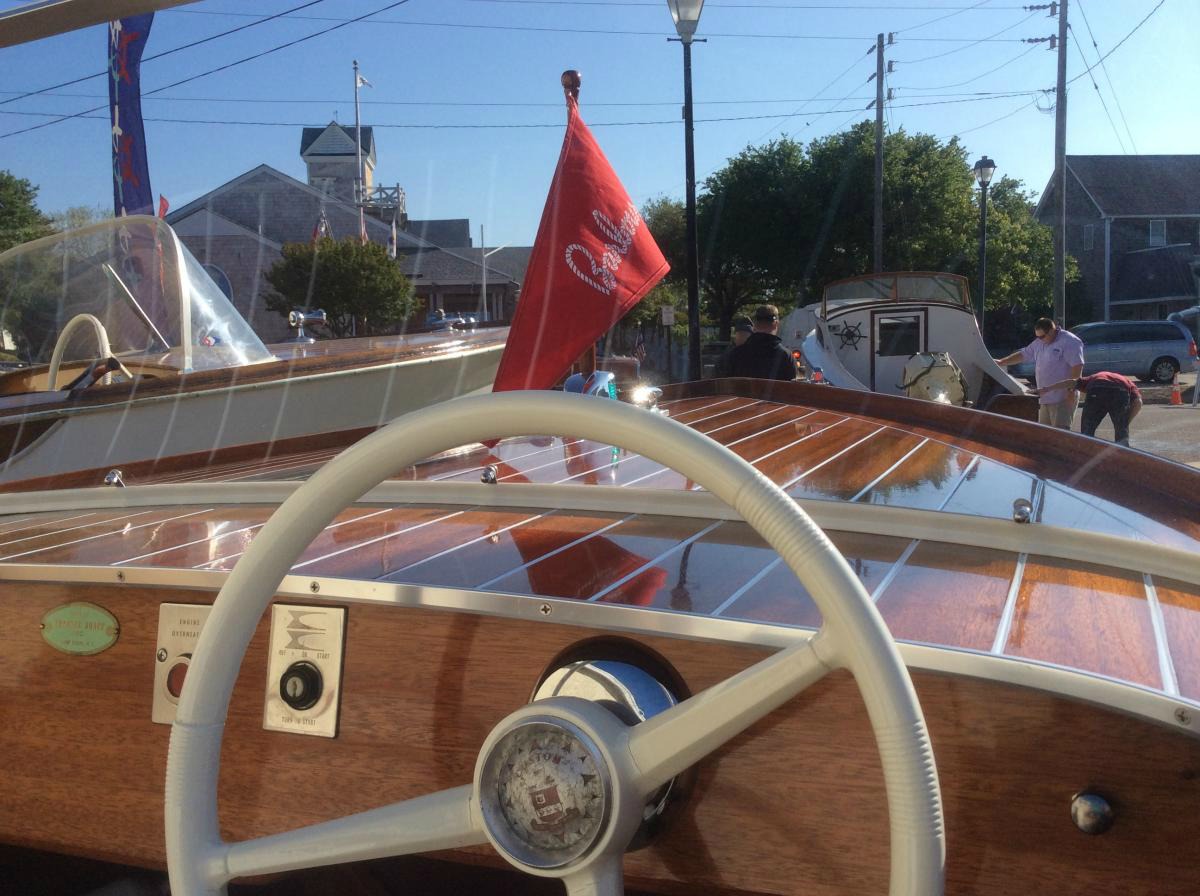 BEAUFORT, NC — Whether you’re a boating enthusiast or prefer to keep your feet on dry land, the 46th Annual Wooden Boat Show has activities for you.

The Annual Wooden Boat Show, which takes place at the North Carolina Maritime Museum in Beaufort on the first Saturday in May, is the longest ongoing wooden boat show in the Southeast.

This free event celebrates the art of wooden boat building, the sport of boat racing, and the culture and history that surrounds these boats. Dozens of handcrafted wooden boats, full size and model, will be on display with many coming from outside North Carolina.

Wooden Boat Show Coordinator Grant Caraway says the show has something to offer everyone, even if you’re not a wooden boat enthusiast.

“We pay a lot of attention to making sure the show is not just interesting for wooden boat enthusiasts,” Caraway explains. “We have activities for children and opportunities for families to do things together, such as taking a boat ride, he said”

Highlights of the Annual Wooden Boat Show include:

The show’s younger visitors will find plenty to do at the Wooden Boat Show. Starting at 10 a.m., children will be invited to sand, design and assemble their own wooden boats. Upon completion, they will have the opportunity to race their boat against other children’s boats. If preferred, they can blow wind in their sails while boating on the temporary pond on the museum’s front patio. This craft is very popular and boat supplies often run out early. We encourage children to come by the Wooden Boat Kids area early to make their boat, get a temporary tattoo, or to test their strength.

Families can enjoy a traditional wooden sailboat ride on Taylors Creek during the show and on the days preceding the show. The free boat rides will be offered outside the Watercraft Center (a $5 per person donation is suggested, which will go to the sailing program).

Watch the races on Taylors Creek. They will take place on the day after the show starting at 11 a.m. with a Spritsail Race, 2 p.m. Beaufort Oars Gig Race, and 3 p.m. Traditional Sailboat Races.

One of the main attractions at the Annual Wooden Boat Show is the many traditional wooden boats. But, there’s another show that takes place on a smaller scale and it’s always a big draw for boat enthusiasts and landlubbers alike. It’s the Carolina Maritime Model Exposition with model boats ranging in average size from 25” to 40”.

In past years the number of model boats on exhibit has ranged from thirty to close to sixty models. Often some members of the Carolina Maritime Model Society bring in as many as eight to ten models each. Some of these models are equipped with their own motors and their designers will be demonstrating their abilities in the larger pond set up on the front patio throughout the boat show.

“These handcrafted vessels are indeed a labor of love, sometimes taking 12 to 14 months to complete,” according to Grant Caraway, Manager of the Museum’s Harvey W. Smith Watercraft Center.

Attendees to the show will have the opportunity to vote for “Spectator’s Choice” award. The award goes to the “most popular” model at the show and is voted on solely by those visitors. The exposition is held in the auditorium of the North Carolina Maritime Museum.

A number of boats will be on display at the Beaufort Town Docks. From Sinbad’s pirate ship the Meka II to a traditional Core Sounder fishing boat and others may offer tours aboard.

The North Carolina Maritime Museum has partnered with the Barbour Boat Owners Association of New Bern to showcase the largest number of Barbour boats in the 46-year history of the show. Visitors can learn about the Barbour Boat Works from an exhibit inside the Museum to learn more about where these beautiful boats were built.

Fort Macon Sail & Power Squadron has partnered with the North Carolina Maritime Museum to bring a Boating Skills Virtual Trainer for demonstration. Attendees will have an opportunity to “virtually” maneuver the “Boston Whaler Dauntless 200” on a lake where there are no risks as you approach other boats in meeting, crossing, and overtaking situations. In addition to the Annual Wooden Boat Show, the Fort Macon virtual demonstration will also take place on Friday from 9 a.m. to 5 p.m. and Sunday from 1 p.m. to 5 p.m.

In 1718, the notorious pirate Blackbeard lost his flagship, Queen Anne’s Revenge, when it ran aground in Beaufort Inlet. For more than 270 years, it was hidden by water and sand – the location a mystery to archaeologists around the world. In 1996, private company Intersal, Inc. discovered the shipwreck.

The Museum became the official repository for all artifacts from Blackbeard’s wrecked flagship, Queen Anne’s Revenge, among them cannons, grenades, belt buckles and beads. The permanent exhibit opened in June 2011 and expanded in January 2015. Free admission to the museum and donations are always welcome.

In addition, participants will be able to vote for their favorite “Best of Show” boat in the Annual Wooden Boat Show and the “Spectator’s Choice” at the Carolina Maritime Model Expo through the ability to “text-to-vote.” As an option, paper ballots will be available for the youngsters only to vote for the “Kid’s Choice” award.

The kick-off reception for the 46th Annual Wooden Boat Show will be held at the Harvey W. Smith Watercraft Center on Friday, May 1. The event includes food and live music from 5:30 p.m. to 7:30 p.m. Tickets are $10 per person and are available at the Museum Store.

Sponsorships for the 46th Annual Wooden Boat Show are available by contacting Gina Holland, Director of Development and Communications for Friends of the NC Maritime Museum at 252-728-1638 or by email at gina@maritimefriends.org.

For more information on the  Annual Wooden Boat Show, visit the website at www.beaufortwoodenboatshow.com.

The 46th Annual Wooden Boat Show is held simultaneously with the Annual Beaufort National Boatbuilding Challenge on Front Street so the day will be flooded with enthusiasts and spectators.