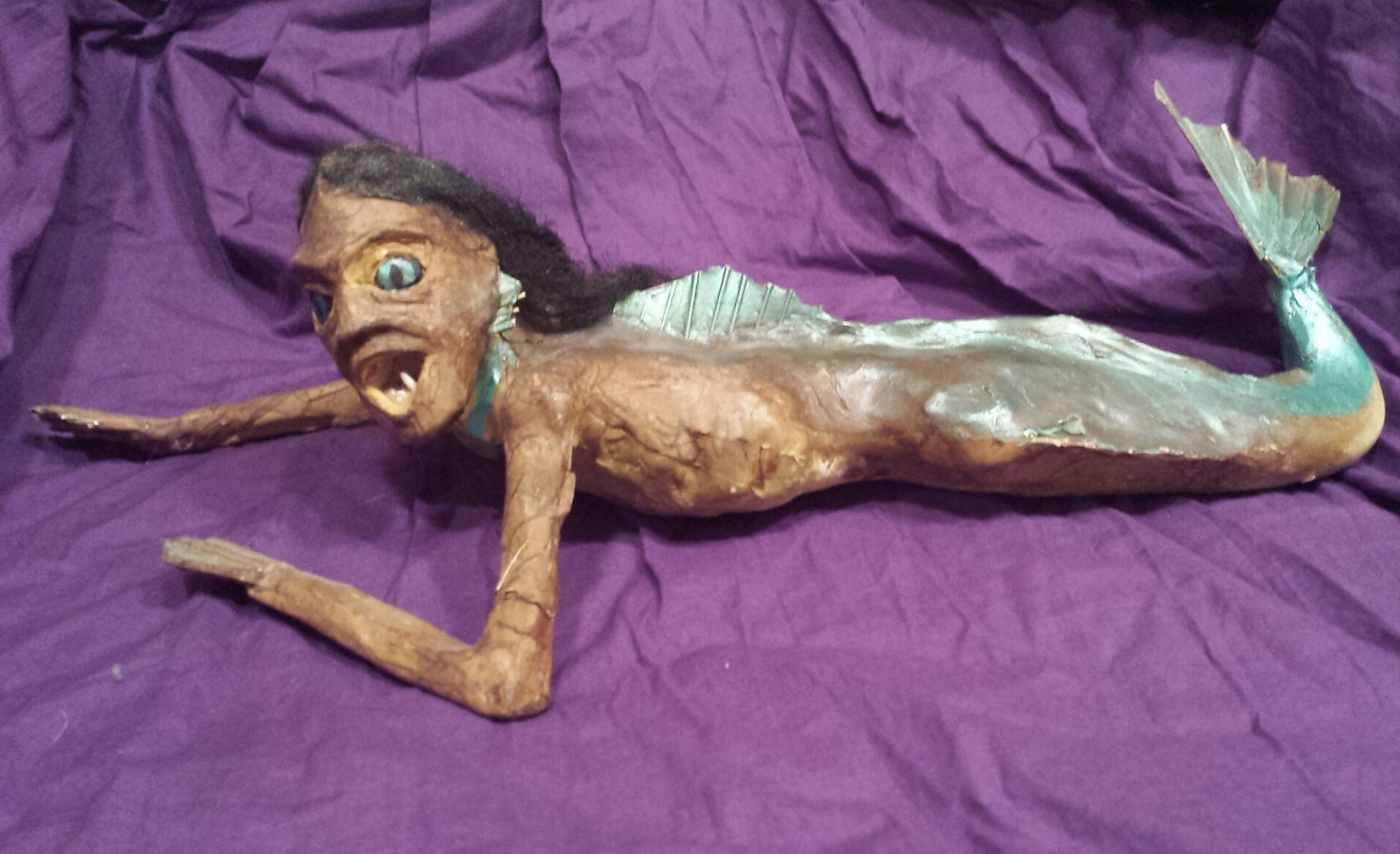 BEAUFORT, N.C. — People might not look at the whale skeleton that hangs in the N.C. Maritime Museum in Beaufort and think “dragon.”

But in all likelihood, there were some sailors who at one time did.

“Whales could have been the inspiration for dragons,” Christine Brin said, explaining that an unsuspecting sailor seeing his first whale jump out of the water could easily be confused and frightened by what he was seeing.

The fins, the museum’s program coordinator added, could look wing-like, particularly on a humpback whale. The spray from a waterspout could be mistaken for smoke. Teeth — the size of bottles on a sperm whale — could inspire man-eating visions.

For those who hear it, that description typically offers great insight into how sea monsters got their start, Brin said.

“People tend to have that ‘aha moment,’” she said, “looking at that time period, that early exploration period, with new eyes.”

Brin will go into greater detail on how dragons and other maritime myths got their start at the upcoming program “Sea Monsters.” The informal lecture will be held at the museum, located at 315 Front St. in Beaufort, on Oct. 31 at noon. The program is part of the museum’s Brown Bag Gam series, which invites patrons to bring their lunch and dine during the discussion. The free program is open to the public, and reservations are not required.

“This one is fun,” Brin said. “It’s academic, but when you get into the realm of legend, you get to exaggerate in a way. There are so many versions of the myth.

Brin said she is most fascinated by mermaids and how they have shown up in virtually every culture.

“I love the mermaid one, just the idea they share an almost universal aspect,” she said.

She said mermaids were likely inspired by lonely sailors who were also dehydrated, malnourished and maybe even a little drunk.

“Was it wishful thinking,” she asked, “looking for ladies?”

She’ll also talk about leviathan, as well as kraken, a sea monster that has gained a foothold thanks to the Pirates of the Caribbean film series, and how it has a more obvious origin in giant squid.

Since the program is on Halloween, Brin said she encourages costumes (she’ll be in one) and she’ll also have candy for “trick or treaters of all ages.”

“It’s quite an All Hallows Eve party,” Brin said.

The program itself, though, is more suited for older children and adults.

“It’s not inappropriate for younger kids,” she said, “but it might be over their heads in some places.”

For more information about the Sea Monsters program or the museum, call 252-504-7740 or visit ncmaritimemuseumbeaufort.com.