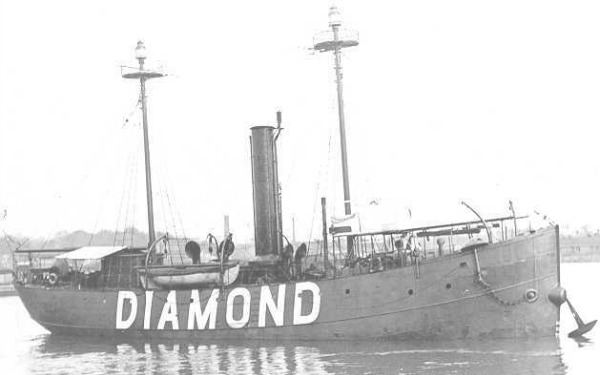 BEAUFORT — A popular program at the N.C. Maritime Museum in Beaufort returns next week.

The Brown Bag Gam lecture series resumes Wednesday, Sept. 25, at noon in the auditorium of the museum, located at 315 Front St. in Beaufort. Gam is defined as a friendly conversation between whalers or to visit with another ship while at sea. The program is designed to reflect that relaxed atmosphere and invites attendees to pack a lunch and come learn about North Carolina’s rich coastal environment and culture.

“It’s a way to bring more diverse topics to the general public, to invite them into the museum in an informal setting,” Associate Curator Benjamin Wunderly said.

The program is also a way to welcome back members of the local community as tourism crowds have thinned along the waterfront.

“This is a way to bring in the local audience on a more regular basis,” Wunderly said.

First up is his presentation “From Lightships to Light Towers.” During the Sept. 25 talk, he’ll discuss the dangerous shoals of Diamond, Lookout and Frying Pan; the early attempts to mark these treacherous waters; and what has happened to the latest towers.

Future topics in the series include the story of ‘Echo’ the juvenile sperm whale whose skeleton hangs in the museum (Oct. 17); fact and fiction that led to the myth of the sea monsters (Oct. 31); the Native Americans who inhabited this region well before any European explorers set foot on the land (Nov. 7); the whales that travel near our shores (Nov. 14); what pirates ate, how they prepared and stored their food and what they used to cook and consume it (Nov. 27); the eastern oyster and the history of its fishery (Dec. 4); and the biology, behavior, and conservation issues affecting Beaufort’s dolphins (Dec. 11).

“Anything related to North Carolina maritime history is fair game,” Wunderly said. “The number of topics is almost limitless.”

Each of the programs begins at noon, and they are free and open to the public. Registration is not required. For more information, call 252-504-7740.