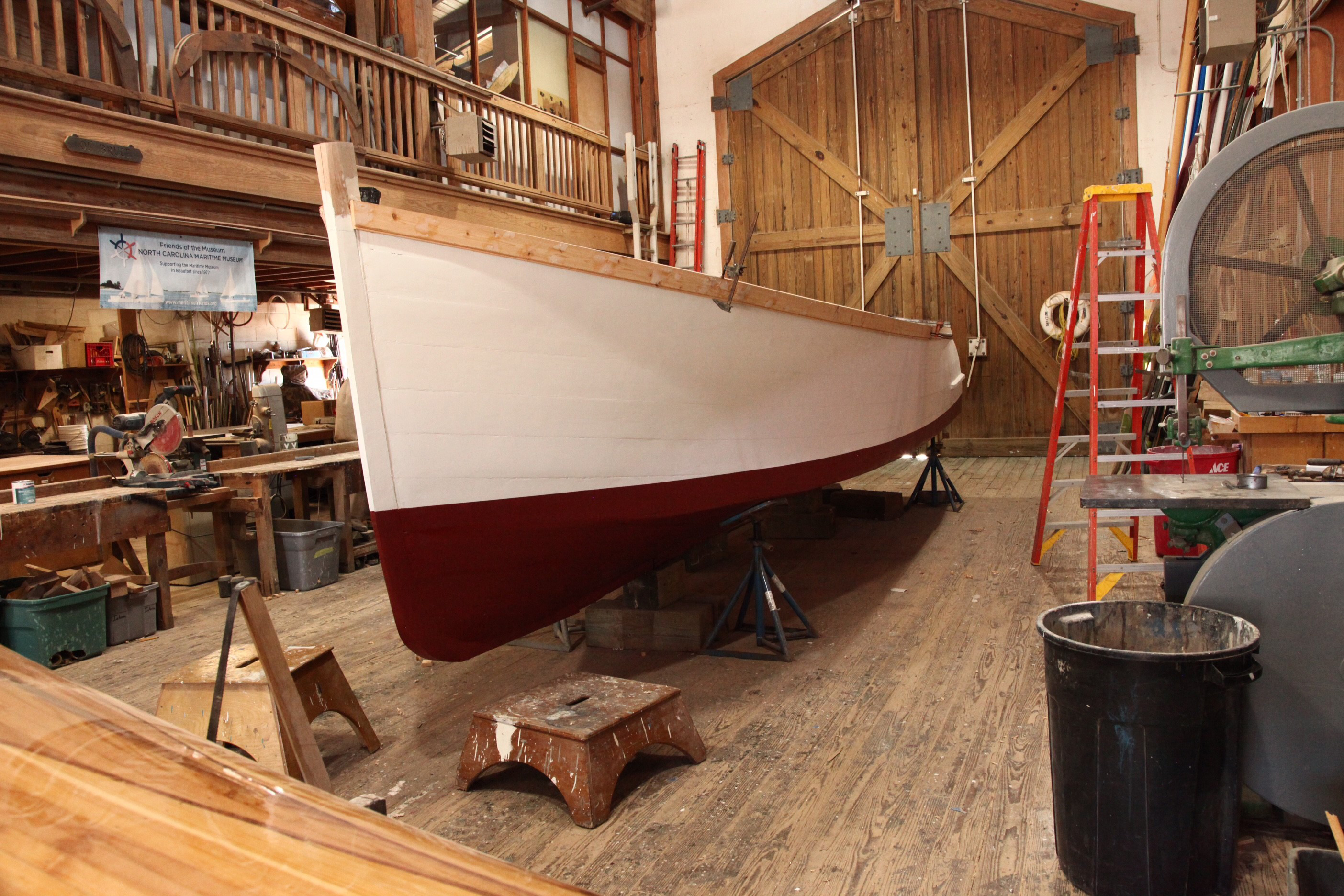 BEAUFORT — There was a time when boating was reserved for the wealthy.

Before World War II when boats were custom made, it was an expensive hobby out of the reach of most Americans. But after the war — and its lucrative wartime contracts — ended, Herbert Barbour wanted to find a way to keep those in his employ at Barbour Boatworks on board as long as possible. So he started mass producing runabouts.

“For him it was basically a new thing,” N.C. Maritime Museum Curator Paul Fontenoy said. “It was really far-sighted.”

Barbour Boatworks later decided not to keep up with changes in recreational boating technology and production, though; and his company quit manufacturing runabouts in the 1960s and moved forward concentrating their boat-building focus on the core business of steel ship construction. But the runabouts and their combination of nostalgia, history and performance still appeal to many, and the 45th Annual Beaufort Wooden Boat Show will feature what is expected to be the largest collection of Barbours in one location.

“We’re going to have a really professional showing,” said Joe Peacos Jr., who administers the Barbour Boat Enthusiasts Facebook page. “It’s going to be a show of force.”

The 45th Annual Beaufort Wooden Boat Show, the longest running boat show in the southeast, will be held May 4 from 10 a.m. to 4:30 p.m. in downtown Beaufort. Its free events and activities will be set up along Front Street in Downtown Beaufort, at the N.C. Maritime Museum, at the Harvey W. Smith Watercraft Center and, of course, in the town’s waters. The show includes maritime craft demonstrations, radio-controlled motor boats, a virtual boating simulator, traditional sailboat rides, children’s activities and more. The Barbour Boat display will be in front of the watercraft center; and it will include Capt’n Hub, the racing runabout company founder Barbour built in the early 1950s.

At that time there was a lot of racing going on up and down the east coast, including in North Carolina. While Barbour had a production line for the Barbour racing runabouts, Capt’n Hub was unique.

“This one was built specifically for his nephew. It never left the family,” Fontenoy said.

Capt’n Hub was donated to the N.C. Maritime Museum by Barbour Boats when the company went out of business, and the family remained involved in the museum’s restoration of the boat.

“We reconstructed it with the assistance of Reggie Rivenbark — the guy for whom it was built — and his son Sam … The whole restoration was done with a lot of their information,” Fontenoy said.

Capt’n Hub has been on loan to Tryon Palace. After its return to Beaufort for the show, it’s expected to head back to New Bern for continued display.

Another Barbour on display at the boat show will be the 1936 Barbour currently under restoration at the watercraft center. The North Carolina-based Barbour Boats started in 1933, so that model is from early on in its history.

“It’s one of the oldest extant Barbours,” Fontenoy said. “It won’t be finished, but it will be on exhibit.” 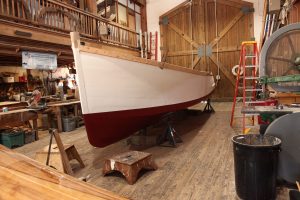 Peacos will be bringing two of his Barbours: a 1961 vacationer and a 1949 utility, on each of which he spent about 1,000 hours in restoration.

His goal at the show — and with the Facebook page — is to find other Barbour owners and bring them together.

“There’s a lot more out there than you think,” he said.

For more information on the boat show, visit www.beaufortwoodenboatshow.com.