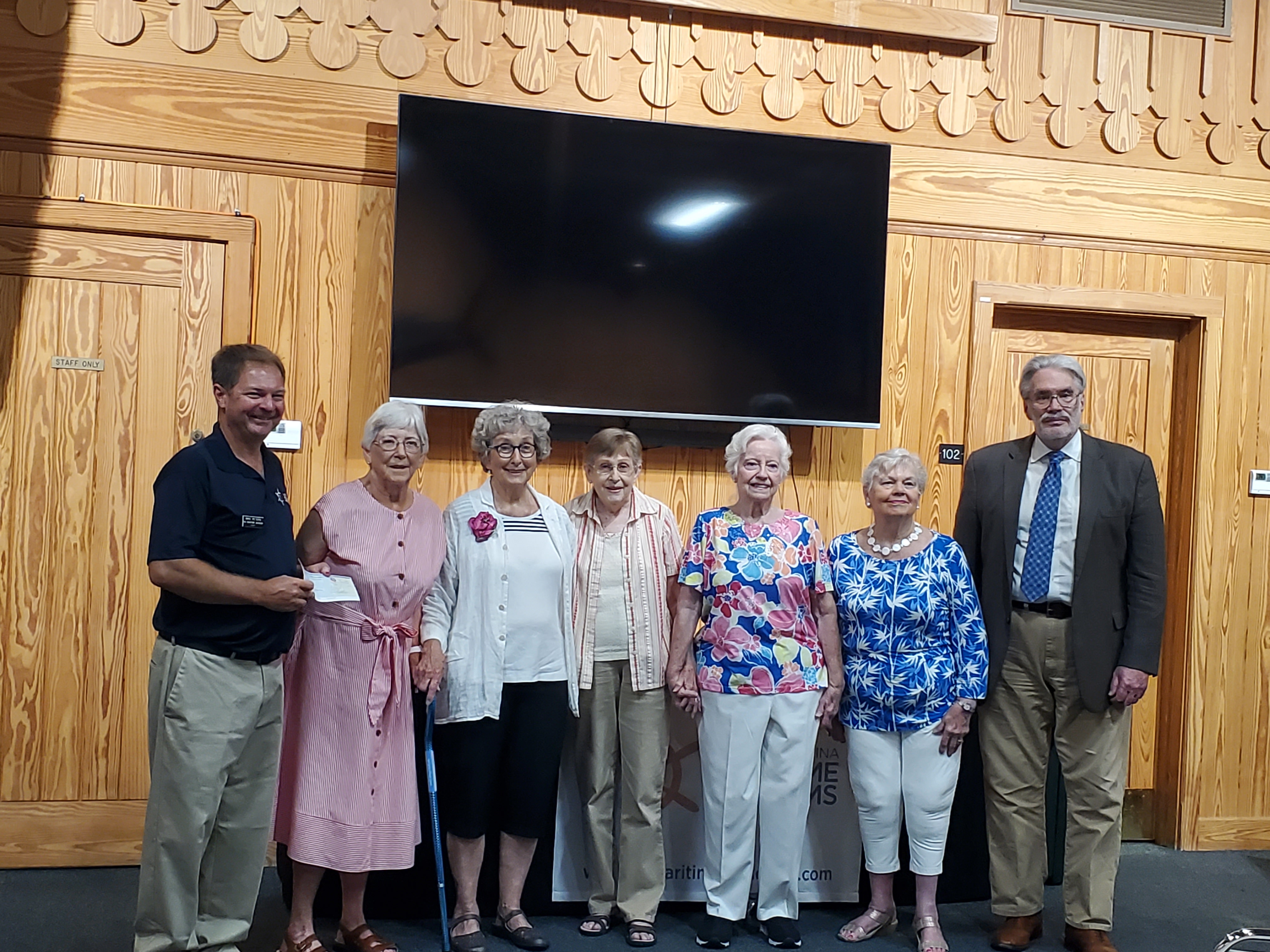 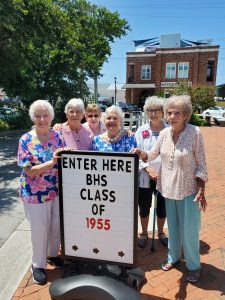 When the Beaufort High School Class of 1955 decided to donate the money remaining in a class fund, the vote was a nearly unanimous one: give it to the North Carolina Maritime Museum in Beaufort.

“The majority suggested the museum,” Geneva Hardesty Boswell said, noting there was only one who suggested another recipient.

Six former classmates from that class visited the museum, located on Front Street in downtown Beaufort, and delivered a check for more than $1,600 on Friday to museum Manager Michael Peters and the North Carolina Maritime Museum System Director Joseph Schwarzer. The money came from the class Memorial Fund, which was started nearly 60 years ago. Classmates recently voted to donate the balance with the wish for it to remain in the community.

Price promised that would, indeed, be the case.

“We appreciate the Class of ’55 making this $1600 donation,” he said. “What we’re going to do is take that money and combine it with other monies and use it toward future projects here in Beaufort.”

Boswell, who now lives in Greensboro, was joined by classmates Charlene Belton Harrell, who lives in Newport; Faye Mason Nelson and Ginny Hassell Poindexter, who both live in Beaufort; Anne Jolly Sabiston, who lives in Core Creek; and Doris Avery Shelton, who lives in Swansboro. They are among the 20 surviving members of the high school’s 40 graduates in 1955. But that crowd shared more than just their high school years — Beaufort High School covered grades one through 12.

Poindexter said the class was a standout one.

“We excelled in academics, school activities and, especially, sports,” she said. “The boys’ basketball team won the 1955 state 1A Championship with the help of four starters from the Class of ’55: Gehrmann Holland, Henry Safrit, Murray Pittman and Herb Mason.”