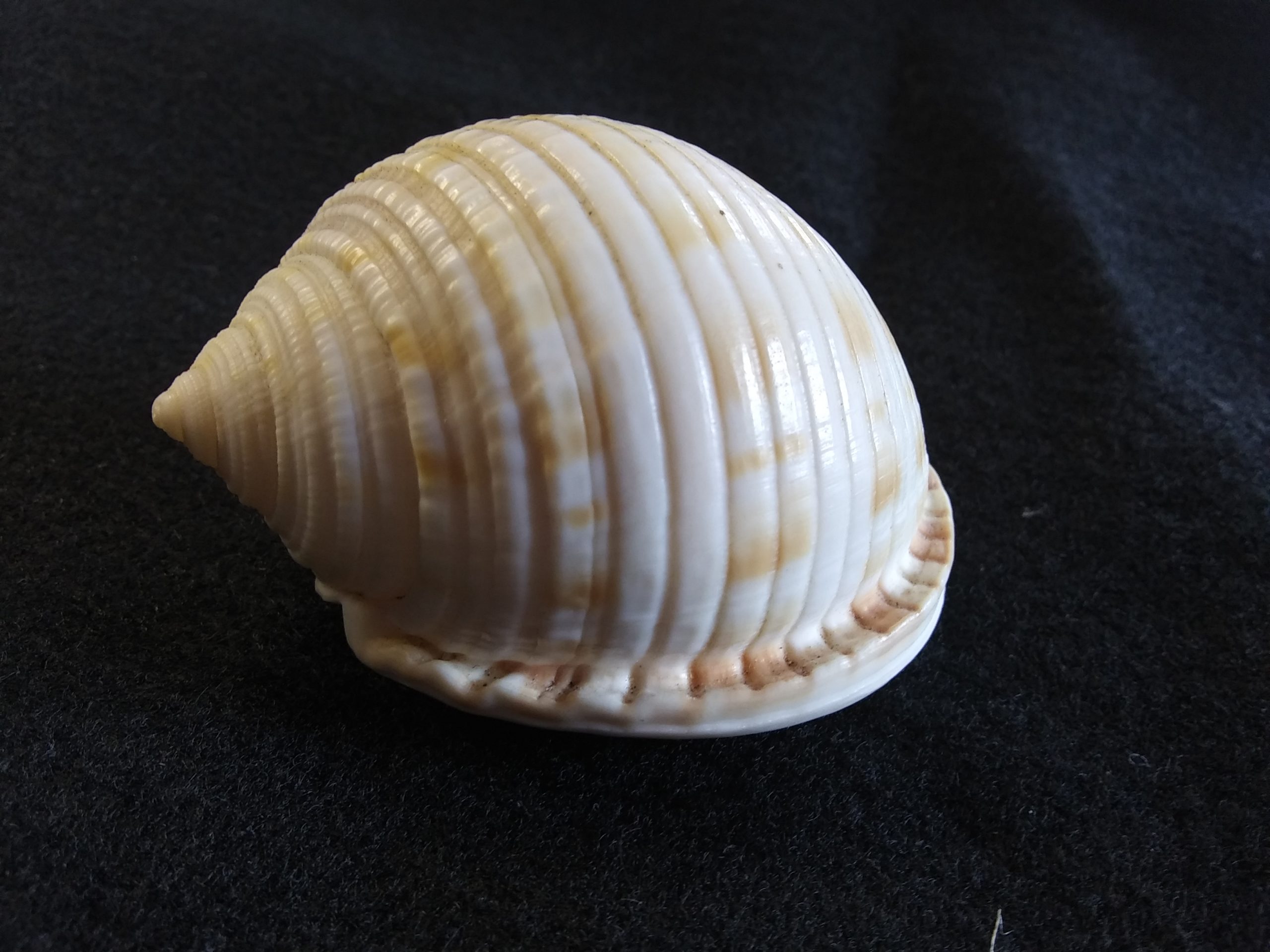 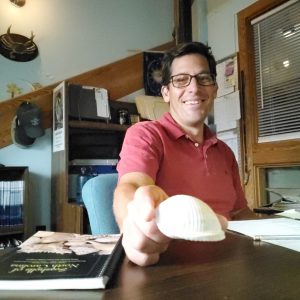 BEAUFORT, N.C. — The North Carolina Maritime Museum in Beaufort is known for an extensive collection that highlights the many types of shells that are found along our coastline.

But it’s a shell in the personal collection of the museum’s education curator that is particularly notable.

The North Carolina Shell Club recently certified a Scotch bonnet belonging to Benjamin Wunderly as the state’s largest. It supplanted the previous title holder, a new find that was certified only two months before.

In fact, it was a news article about the discovery of that state-record Scotch bonnet that led Wunderly to take a closer look at his own collection.

“I thought to myself that I’ve got a Scotch bonnet that’s probably a contender based on the picture,” said Wunderly, who has worked at the museum since 2011 and was promoted in July to the Education Department’s top role. “I took some crude measurements at home, and I thought I might have something close to the record.”

So he took his scotch bonnet—North Carolina’s official state shell—to the shell club’s annual Shell Show, which was held in Morehead City in May. Two officials measured his shell and discovered it was 91.25 mm — a few millimeters larger than the previous state record of 87 mm.

“They told me it was larger by about the thickness of three dimes,” Wunderly said. “I felt bad about bumping her record so soon after she got it, but records are meant to be broken. I expect to be dethroned any day now.”

Wunderly originally found the shell on Bear Island in 1999 while he was working as a park ranger at Hammocks Beach State Park in Swansboro.

“I went on beach patrol every day as a park ranger,” he said. “I eventually amassed a nice shell collection, including all the rare ones I’d never seen before and stopped collecting.”

That is until he came across the aforementioned Scotch bonnet.

“I saw this shell one morning and I said, ‘OK, I gotta get that one.’ I’d never seen one as large,” he said, noting that the 4 or 5 Scotch bonnets he had previously collected were about half the size.

All of them, he added, were found on Bear Island. That’s why he’s decided the record breaking one should go back there. Wunderly donated the Scotch bonnet to the park on Oct. 14. It was added to the shell display in the Hammocks Beach State Park Education Center, which is located on the mainland in Swansboro.

“I was kind of pleased that I had kept it so long,” Wunderly said, recounting a series of moves over the more than two decades that he’s had the shell. “But I’d like it to be somewhere people can see it.

“I think they’ll get a kick out of a pretty big Scotch bonnet.”

It is also the first in the nation to name a state shell.

The Scotch bonnet was selected as the official state shell in 1965—a move initiated by the North Carolina Shell Club. Ashley Futrell of Beaufort was the North Carolina Senate sponsor of the bill, and Moncie Daniels of Dare County introduced the legislation in the state House. But before the bill was eventually passed, there were questions from other legislators about the practicality of selecting a state shell that was not easy to find in the state. Daniels, himself, was famously noted to be able to find only two after a promise to give a shell to each of his fellow representatives who voted for the bill.

One of the reasons the shell is not a necessarily common find is that the marine snail prefers warmer tropical and subtropical waters. Its range is from North Carolina to Brazil, with the offshore Gulf Stream accounting for its northernmost appearance.

Those brightly colored spots on a live or fresh shell can fade quickly under the sun’s rays. The delicate nature of the shell makes finding an intact one washed up on shore a challenge to even the most seasoned shell seeker. The greatest chance of finding one are most likely in the areas of the coast closest to the Gulf Stream, like the Southern Outer Banks—however, the state’s record largest Scotch bonnet shell was found on Bear Island in neighboring Onslow County. The record holder it supplanted was found on Portsmouth Island, located within the Cape Lookout National Seashore.