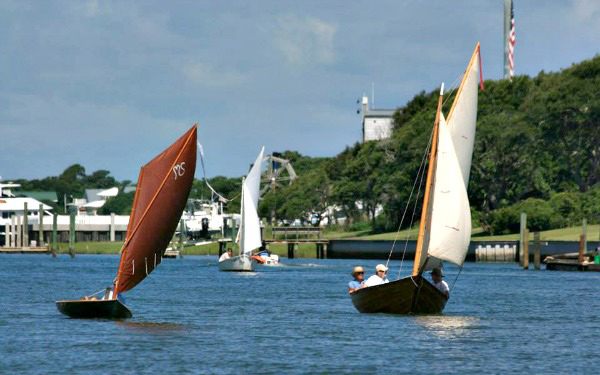 BEAUFORT — It’s an Independence Day celebration with a twist: traditionally-rigged sailing craft will rally next week to celebrate the historic voyages that carried the news of the signing of the Declaration of Independence to the Outer Banks.

The Friends of the North Carolina Maritime Museum will host the annual Great 4th Race on July 6 starting from the Beaufort waterfront. The course covers between six and 20 miles and is designed so that the race will last between four and eight hours. The course, which is based on wind and weather conditions, will be announced the day of the race.

The start and finish line for the Great 4th Race is in Taylor’s Creek, just off the dock of the museum’s Harvey W. Smith Watercraft Center on Front Street in downtown Beaufort.  The best viewing for race spectators will be between 9 a.m. and 10 a.m. when the entrants are staged in Taylor’s Creek awaiting the race’s start.

Boaters interested in participating must register in advance by calling 252-728-2762.

For more information on the Friends of the North Carolina Maritime Museum call 252-728-1638 or visit maritimefriends.org.