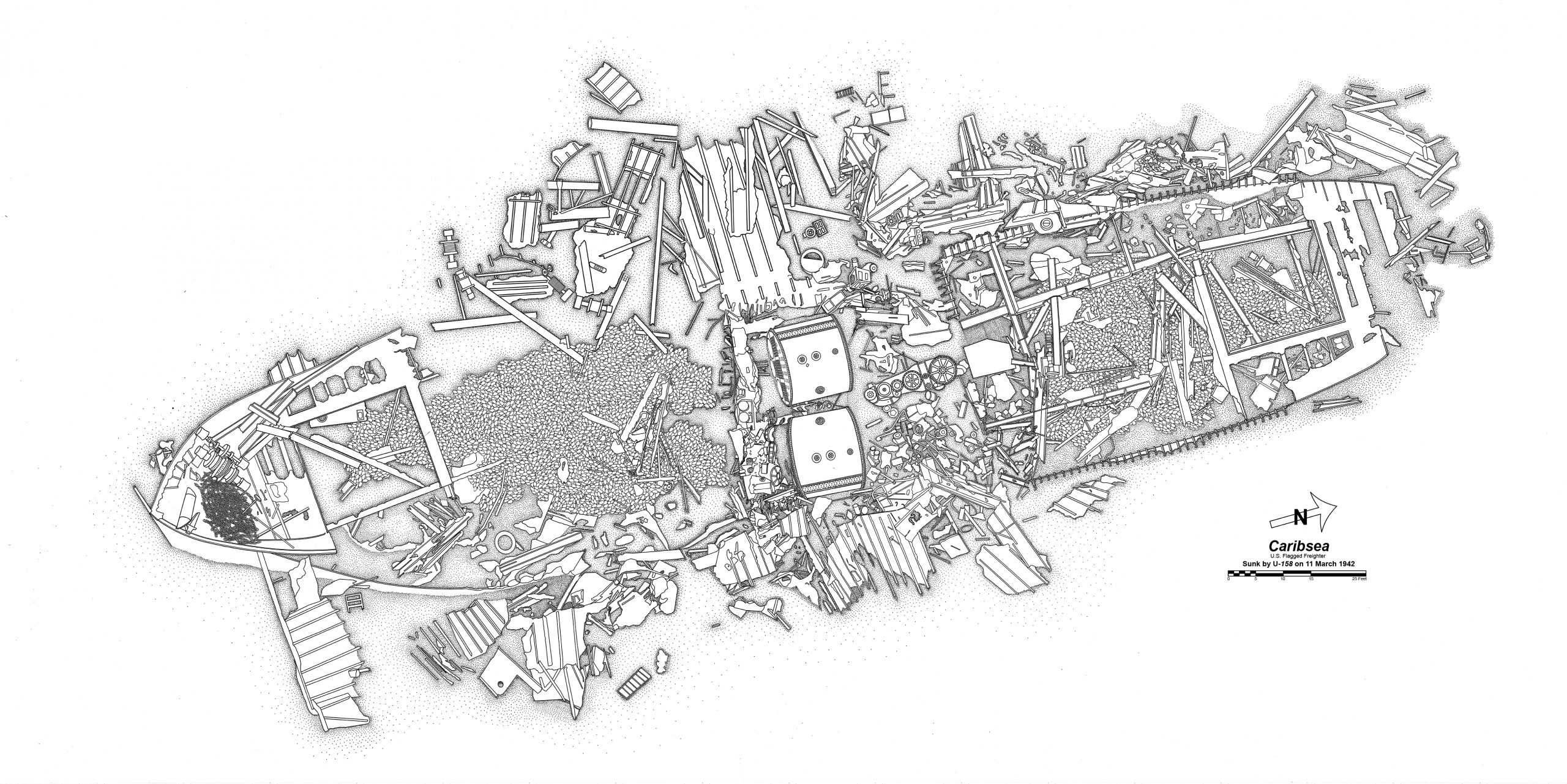 Associate Museum Curator Benjamin Wunderly will talk about the wreck of the Caribsea, a casualty of World War II. On March 11th, 1942, this cargo freighter was sunk by the German U-boat 158 off Cape Lookout. Its route took it right through what became known as ‘Torpedo Junction’ during the German assault on merchant vessels directly off our coast. Along with 27 other crew members, an Ocracoke native was on board the Caribsea when it was hit. Come learn about their fate and how these two ships came to cross paths in this tale of war on the coast.

Free, no registration required for the in-person program, held in the museum auditorium. Or watch online live via the museum’s Facebook page or Zoom.