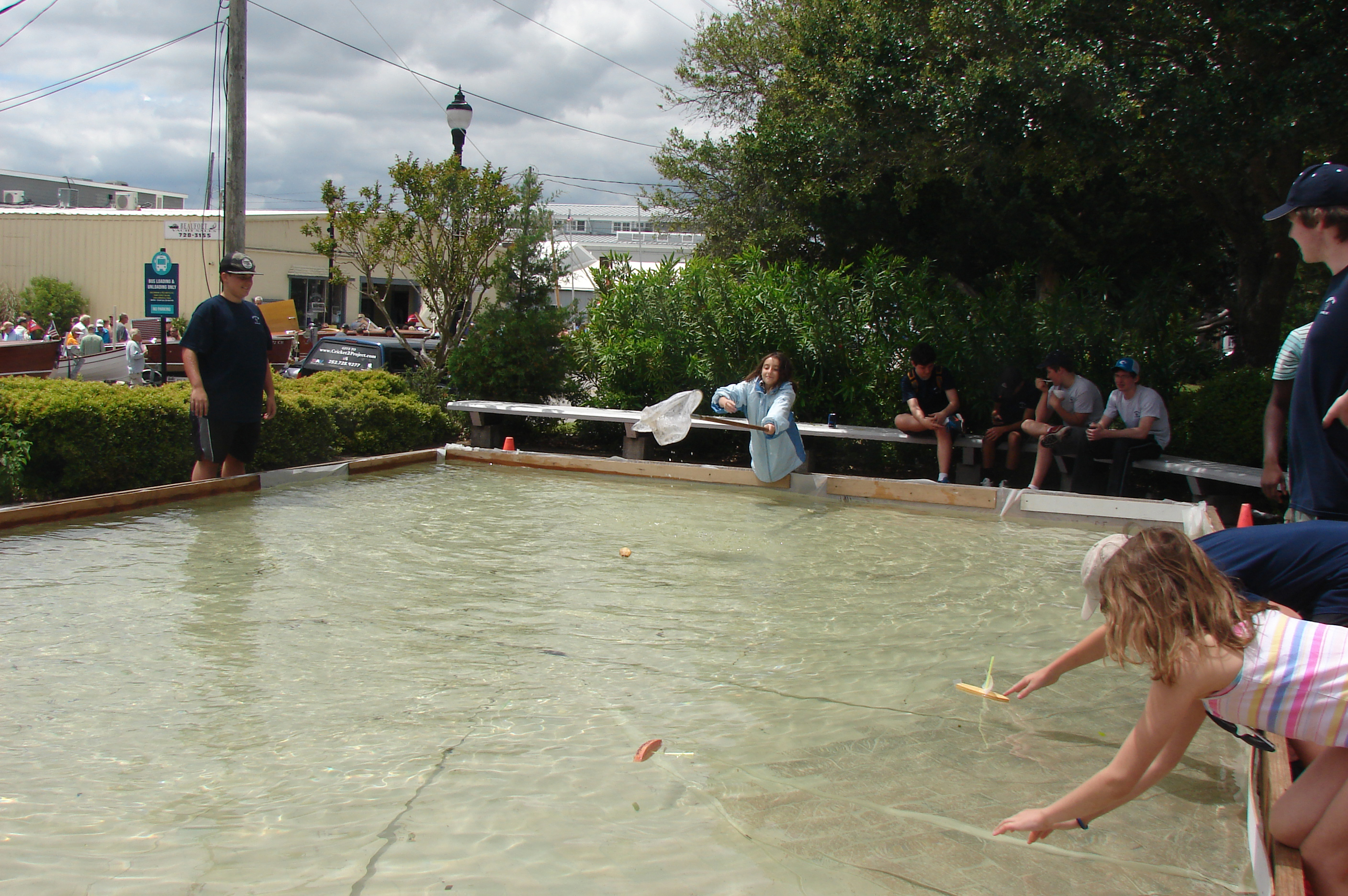 BEAUFORT —The Beaufort Wooden Boat Show has always been a family-friendly event, and that tradition continues this year with activities geared specifically to the little ones.

The 45th Annual Wooden Boat Show, hosted by the N.C. Maritime Museum, is set up along Front Street and the waterfront in downtown Beaufort on May 4 from 10 a.m. to 4:30 p.m. There will be a wooden boat display (think classic car show but with boats), sailboat rides, races and more. Most of the show’s Wooden Boat Kids activities will be on the porch and patio of the museum, located at 315 Front St., until about 4 p.m.

“The real attraction for the children is the pond we build out front,” Associate Museum Curator Ben Wunderly said. 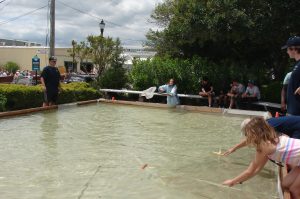 The pond, about a foot deep and usually taking up more than 400 square feet, will house micro radio-controlled boats and some rubber band-powered paddle boats Wunderly is testing out this year, as well as serves as the proving ground for the blow boats attendees are invited to make. The boat kits include a wooden hull kids can sand and decorate, mast, sails and rudder.

“The kids, after they put the boat together, they can take it to ‘sea trials’,” Wunderly said.

They can test their boat’s sea worthiness in the pond or its speed by taking part in races on a nearby “track” where they’ll blow their boat to the finish line.

“The main thing is we’re trying to let the kids have fun,” Wunderly said.

To that end, there will also be a kiddie pool set up with plastic boats for the smaller children to play with, face painting, tattoos and pirates.

Crew from the Beaufort Pirate Invasion — which will be held this year from 6 p.m. Aug. 9 until 6 p.m. Aug. 11 — will set up an encampment on the museum’s back patio.

While they won’t have a boat, their presence is fitting, Wunderly explained, since the museum serves as the repository for the artifacts recovered from Blackbeard’s flagship, Queen Anne’s Revenge.

Carl Cannon, who is well-known for his portrayal of Blackbeard, said the pirates on site for the Wooden Boat Show will have a plastic cannon kids can shoot, make rope out of coconut, smoke meat and showcase other pirate activities.

“It’s our way of helping entertain and educate the crowd,” Cannon said.

Visitors are invited to also tour the museum, enjoy sailboat rides or test themselves via the Boating Skills Virtual Trainer hosted by Fort Macon Sail and Power Squadrons.

Wooden Boat Show and Wooden Boat Kids activities, as well as admission to the museum, are free to the public; donations will be accepted. A full schedule of events is online at beaufortwoodenboatshow.com.

“The main thing is we’re trying to let the kids have fun,” Wunderly said. “We’re striving to be educational, but mainly it’s just fun.”